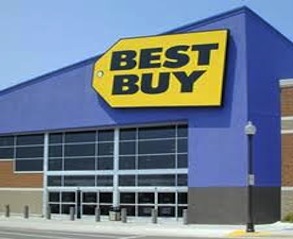 It is hard to say where Best Buy got this information that they are confident enough to put out this document. Thanks to BGR, a leaked Best Buy document gives some information on the iPhone 5’s launch. It fits in quite nicely with previous rumor so we are pretty sure its close to legit. Also what makes this document more interesting is the mention of Sprint. The leaked paper states that Sprint will be receiving the iPhone 5 right from the launch.

Thanks to a leaked document from a Best Buy source, we have discovered that Best Buy and Best Buy Mobile stores are anticipating taking preorders for the iPhone 5 starting in the first week of October. What’s a tad bit more interesting, however, is the mention (and further anticipation) that Sprint will be carrying the iPhone 5 at launch.

Recently, the Wall Street Journal released a report that Sprint was in line to get the iPhone 5 at the time of launch. T-Mobile is also rumored to receive the device, but no word yet on wether it is true or false. Right now our bets are on false.

In addition, ThisIsMyNext reports that Best Buy is also expecting a new “Apple Fixture Installation” which is due to arrive on Friday, October 21, 2011.

To be clear, this isn’t a run-of-the-mill installation for the big box — our tipster tells us that the request that a manager be on-hand at 6AM is out of the ordinary (they usually show up at 7AM for inventory), and that a similar arrangement was scheduled for the iPhone 4 launch.

These new fixtures could represent signs and displays for the new iPhone 5 which is rumored to launch sometime in October.

So do you guys think that the iPhone 5 is almost here? Is the launch day approaching? Are these just all false acquisitions? Let us know your opinions in the comments below or on Facebook, Twitter, and Google+!