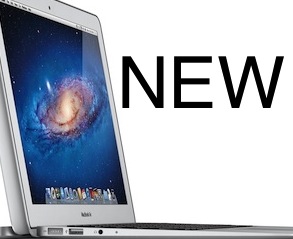 Alongside today’s launch of OS X Lion, Apple has also released updated MacBook Air models covering both the 11.6-inch and 13.3-inch sizes. As had been previously rumored, the new models are based on Intel’s Sandy Bridge platform, sport Thunderbolt connectivity for peripherals, and see the return of backlit keyboards. The new MacBook Airs are offered in the following configurations:

Build-to-order customers can also choose to upgrade to a 1.8 GHz processor and additional solid-state storage.

With up to twice the performance of the previous generation, flash storage for instant-on responsiveness and a compact design so portable you can take it everywhere,* the MacBook Air starts at $999 (US) and is available for order today and in stores tomorrow.

The new MacBook Air models are available for order today and will be available in stores tomorrow. All models ship with OS X Lion preinstalled.

Additional build-to-order options include an upgrade to 8 GB of RAM, up to 750 GB hard drives, and an external SuperDrive. The high-end standard model and the server model can also be configured with one (standard) or two (server) 256 GB solid-state drives.