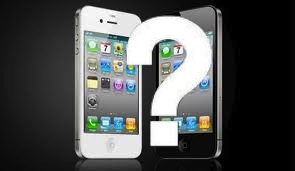 Update: Earlier today Al Gore also seemed to weigh in on the iPhone matter. Al Gore is on the Board for Apple and someone that high up has to have some kind of information. Mr. Gore said today at the Discovery Invest Leadership Summit that, “Not to mention the new iPhones coming out next month. That was a plug.” Him using the plural form of iPhone is certainly something that gets all of our gears turning and in our opinion points to some good signs!!

Many rumors have been circulating about the next generation iPhone. Today we have some great news and some unfortunate news. To start off, we will share the good news.

Today Apple has announced that they will be holding an October 4th media event for all. The media event will be hosted by Apple and new CEO Tim Cook. This report comes from AllThingsD which is a very reliable source.

Tuesday, October 4. That’s the day Apple is currently expected to hold its next big media event, according to sources close to the situation, where the tech giant will unveil the next iteration of its popular iPhone.

It was noted by one of the authors by AllThingsD that the time for this event can change at any time. However, this media event date goes along with recent rumors we have heard for a mid october release. Another author from AllThingsD said on Twitter a while ago that Apple was not going to have a media event “until Oc..to..ber”. This is going to be huge for Tim Cook in his new CEO role.

Cook is certain to preside over the iPhone 5 rollout. He has to, of course. To pass the presentation on to anyone else — even one of Apple’s key executives such as Phil Schiller, who has handled the Macworld and Worldwide Developers Conference keynotes in 2009 — would undercut Cook’s new role and reinforce public perception that its legendary outgoing CEO and co-founder Steve Jobs is Apple and that it will be a different company without him.

Now for the bad news. Last week, we heard that the iPhone 4S, identical to the iPhone 4 is rolling out of production lines in huge numbers. It has a two main differences that we know of. An A5 processor and 8-megapixel camera. Everything about the device is said to be exactly the same.

Since then we’ve heard that the iPhone 4S will have 1GB of RAM, doubling that of the iPad 2 but keeping in line with Apple’s typical upgrade patterns (iPad leads with new processor, iPhone leads with RAM config).

Unfortunately, the iPhone 4S may be the only iPhone to come at the media event this fall. It was said two iPhones would be released, but we are now hearing different from many sources. Awhile ago, we reported that there were design and production delays, and this is why the iPhone 5 may be pushed back even more. Reports say the tear drop iPhone 5 is going to be pushed back until 2012.

It appears that the tear-drop shaped iPhone 5 with larger screen and thinner, rounder body is seeing continued design and production delays, at least on one assembly line (Apple has multiple production sources – Pegatron, Foxconn, etc). We therefore think that iPhone 5 will be delayed slightly at the very least and may see shortages all the way into 2012.

In addition, BGR added this onto what we heard:

Despite numerous rumors to the contrary, Apple will only launch one iPhone model this fall and it will be a modest upgrade that closely resembles the current iPhone 4. In a note to investors on Wednesday, Wedge Partners analyst Brian Blair says that Apple will hold a special event between September 28th and October 5th to unveil several new devices. Only one of those devices will be an iPhone, however, and Blair says it will be an incremental update as opposed to the redesigned iPhone 5 that has been rumored on multiple occasions.

As much as we do not want this to be true it may be. But what does that mean about all these leaks? The redesigned cases? The photos? The renders? If this is true what has Apple’s hardware team been up to the last 16 months? If it was just to add an A5 and 8 megapixel camera that is going to be disappointing Apple.

Brian Blair said that the low cost device is going to be the 3G iPod Touch. It will have data plans like an iPad and be able to make calls over VoIP. That would be a cool idea, but also disappointing for those that have been waiting for an iPhone 5 much like myself.

Also, regarding the iPhone 4S, we have some interesting news. We have heard rumors that Apple is preparing an LTE iPhone for 2012. We will share more details as we get more so stay tuned!

As for the iPhone 5 scenarios what do you guys think of all this? Will Apple reveal the 5 on October 4th? The 4S? Will the low end model actually be a 3G iPod Touch? Tell us what you think in the comments below and on Facebook, Twitter, and Google+!!!