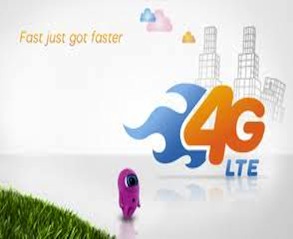 With the release of AT&T’s newest 4G LTE smartphones, the HTC Vivid and Galaxy S II Skyrocket which are pictured at the end of this article, there has to be some markets that can handle the devices. There are some markets out there that can handle AT&T’s 4G LTE such as Dallas, but is New York next to gain it?

During the Mashable Media Summit on Friday November 4th, 2011; AT&T’s Senior Vice President of Communications, Larry Solomon, got the chance to speak. He confirmed that AT&T is planning to activate 4G LTE in New York “very soon”.

AT&T’s 4G LTE is currently activated in Atlanta, Chicago, Dallas-Fort Worth area, San Antonio, and Houston. Besides New York, the company is planning to spread and activate its’ 4G LTE network to new cities such as Athens, Baltimore, Boston, and Washington D.C. by Sunday, November 6th, 2011.

Both of AT&T’s newest 4G LTE capable smartphones that were recently announced, The HTC Vivid and Galaxy S II Skyrocket, are compatible with the companies already activated 4G LTE network. Here are some quick specs of the devices for all of our phone lovers.

Both of these devices ARE Ice Cream Sandwich compatible and an update to give them Android 4.0 is expected to be out in early 2012. So, if you want a phone with the new OS do not let that discourage you from these two powerhouse phones.

So what do you guys think of AT&T’s 4G LTE network? Do you want it in New York or do you not care? How do you like these new 4G LTE devices? Leave your comments and opinions below or on FaceBook, Twitter, and Google+!