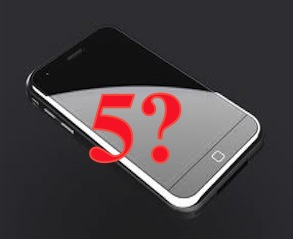 Nobody likes waiting for the new Apple products to be announced and neither do we. However, you do not have to wait much longer if you are looking get an iPhone 5 and this is gonna make you agree. The above photo was picked up off flickr by Pocketnow.com, a smartphone news and rumors website. The attractive photo above was claimed to be taken by an iPhone 4. On the other hand, the EXIF data tells us a different story.

Earlier in the year, a photo was leaked all over the web which appeared to be taken by an unannounced iPad. It was however found that the photo was taken on an iPhone and later uploaded by an iPad running some software that affected it’s EXIF data. This could be of a similar scenario, but one piece of evidence provided information to make us and everyone else believe that this was a genuine iPhone 5. A GPS map appeared showing where the photo came from. The location: an Apple engineer who appeared to be eating his lunch at work, on the company’s grounds.

Here is where the original image on Flickr can be found!

Update: The photo appears to have been taken down from Flickr. That is obviously a good sign. An Apple Software Engineer said to be working on Safari and a WebKit for iOS originally posted the photo.