How to get Front Row on OS X Lion 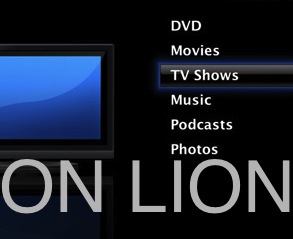 Back in February, OS X Lion brought many new innovations but lost others like Front Row. Front Row, for those unfamiliar, is a full screen media interface for the Mac. Front Row made its debut a couple of major OS X releases back and essentially mirrors the initial Apple TV interface – in its Snow Leopard implementation. Since the news broke that the software is missing from Lion, reader Ralph Perdomo put together a little application to bring back the functionality.

Ralph Perdomo figured out that he could take the Snow Leopard Front Row files and then compile it into a runnable application for OS X Lion. For those interested he took these files:

We have tried out the application and the tweak works. You do have to restart, though. Keep in mind this is very at your own risk. One last thing, on the computers we tested it on, Front Row was unable to load the iTunes data.