HTC Holiday shows up on ebay! 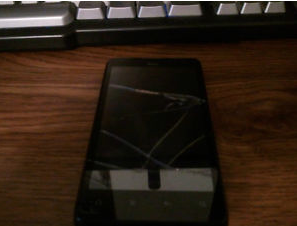 Over the past few days and weeks many pictures of the HTC Holiday have shown up all over the internet. We can now add the above photo to the collection. While browsing ebay we came across a photo of the unreleased device title HTC Holiday. The ebay listing also confirms some some specs. It has a 1.2 GHz processor, an 8 megapixel camera sensor with dual LED flash, and Android 2.3.4 Gingerbread with HTC sense 3.0, a 1.3 front facing camera, and 1 GB of storage.

The listing also confirms informations such as this device will be on AT&T’s 4G LTE network when it launches. The price however $900 in the United States. The phone itself however is not in the greatest shape. It has a cracked screen and is a little banged up. The device is also expected to be one of the first HTC devices with the Beats by Dre hardware in it which is a big deal! The entire gallery of photos is posted below.