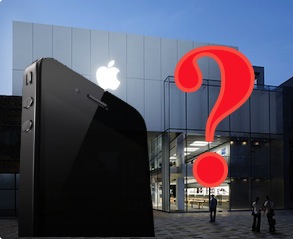 You should not read into this photo too thoroughly. Actually on second thought you should. Interesting enough this photo gives off some information. Don’t see it? Well here is a close up:

This photo was taken at an Apple store in San Francisco, California. Oddly enough,October 5 makes a lot of sense especially considering this is a California store. Apple is expected to hold a media event on October 4th to announce its next iPhone model. The online Apple store usually goes offline when a new product is being announced, but a store? Thats kind of fishy. In Addition, what was AT&T doing there? Even though they could be there for anything it is certainly weird to think about. Nevertheless, if this does mean anything we are hoping it will be good.

What do you guys think about this? Does it mean anything? Let us know!

Announcement guys you may wanna hear this. We are quickly growing here at WW Computer Repairs and we want to thank you. On YouTube we are approaching 1,000 subscribers and we are planning something special so you may want to consider subscribing if you haven’t yet. Also we have reached 50 Facebook likes and almost 100 Twitter followers. So guys, please join our Facebook and Twitter pages and lots of cool stuff will be coming. That is a guarantee!!!!