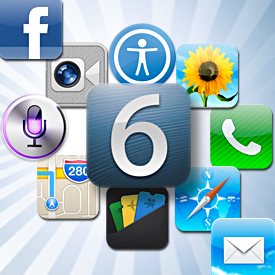 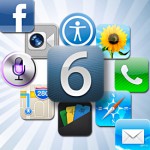 Back in early June Apple finally took the wraps off iOS 6 and made it available to developers everywhere. I recently posted showing how to get it if you aren’t a developer so you guys can check that out. On the other hand, I have been using it for a little while to get a feel for it and I have finally come up with my full thoughts on the early versions of it. Keep in mind since its an early beta I’ll put up another review for the real one that is obviously much shorter, but for now lets get started!

The overall performance is pretty good. There are still plenty of bugs that need to be worked out. For example, in certain apps you can not access your camera roll and springboard crashes from time to time. Other than slight bugs that are being addressed it works beautifully. Everything is fully functional for the most part. I haven’t noticed much wrong with the way it performs.

When iOS 6 was unveiled one of the biggest selling points was updating Siri to do much more than it originally did. Its main functions now include Sports scores and stats and finding a restaurant and movies and movie times. The sports part is my favorite of the whole new software and it is absolutely amazing! Siri can now get you real time scores while games are going on and stats from players and past scores and upcoming schedules. However, if you ask about certain players it does not always understand. The rester aunts isn’t exactly new so I’m not gonna talk about that really. It really is only more detailed about the restaurants you search for like prices, seating, type of food they serve, ratings, and so on. The other main part of Siri is finding movies. Siri finds theaters near you playing the movie you requested and it gives you showtimes. Unfortunately, the show times I found out only show from like 7:00 pm and on and aren’t always that accurate which is a bummer. Siri, in addition, can also open apps which works on and off and I haven’t had much success using it considering it only works if your phone is unlocked whether it has a passcode or not.

The new maps is 100% redone and is amazing. The new maps app now features real 3D flyovers of the area your looking at and provides a more unique experience to the app. It also speaks and gives turn by turn instructions like a more traditional GPS system. While it gives you directions it also shows the road your on and its surroundings so you know your exact location. You can also pick out of alternative routes your phone finds. You can also get full traffic updates for your area and around your area. This hasn’t worked to great though as its only been showing me in my use mild traffic always on the highway and no traffic anywhere else.

Other than using Siri for sports, this is the other great feature in the new software. Last year with iOS 5, Apple deeply integrated twitter into their OS to improve the social networking experience on the phone. This year they raised the bar and added Facebook in addition to Twitter. Its super easy to use and makes using Facebook without opening the app 10x easier. Right from the notification center you can update your status and straight from your camera roll you can upload a picture. I have not noticed any downsides in the functionalities. To add on to the beauty of this, you can now update your status or send a tweet by using Siri. This is the only functionality that works on and off. Usually, Siri can not recognize what you say or is a little off. Its just another one of those bug issues.

In the iOS 6 beta this isn’t functional so there is no way to tell you guys if its good or bad. We will just have to wait and see how it is. However, if you do not what it is here is a quick rundown. Basically its a digital wallet. It holds rewards cards you may have, tickets for trains, planes, cruises, etc., coupons, and gift cards even. You put all of them in and organizes them and makes it handy. It is also time and location based so if you have a ticket for a plane at 7:00 pm a notification will come to your phone and you just swipe it to access it or if you walk in a certain store it brings that card up for you. It is as easy as that!

For FaceTime, you can now video call over a cellular network and thats it. The phone has been reinvented for when someone calls you. When someone calls you can now either answer the call, decline it, reply with a message (a preset one Apple has already on the iPhone or your own) or just have your iPhone remind you that someone called you at a later time. It is a cool thing to use here and there, but not exactly the greatest thing in the software.

These 3 were drastically changed so there is not much there. In Safari you can stream articles to the cloud and you can now view some things full screen. On photos you can now view comments and notifications and for mail there is now a V.I.P mailbox for certain people you set up to go there.

iOS 6 is available for the iPhone 3GS, iPhone 4, iPhone 4S, iPad 2 and The New iPad, and on the iPod Touch 4th generation only! Any other devices will not support iOS 6. It will available later in the Fall of 2012 at some point and can only be received by downloading it to your device straight from iTunes.

Note: Not all features are available for all the devices. For Example, and iPad 2 may not support FaceTime over a cellular network. If you have problems with a certain feature on a certain device it may be because it is not supported, so just know that for when it comes out.

In conclusion the operation is much improved but like I mentioned before it is buggy and still has work to be done. Passbook is also not operational which is not good because there is no way to get a feel for it, see if its good, or even use it. Finally, the overall layout of the home screen is the same and the iPhone still pretty much functions the same way when it came out in 2007 with the 4 rows of apps with 4 in a row. Other than that, performance is good, usage is good, and overall experience is good. The features are fantastic and mesmerizing in ways. It is definitely worth getting when it comes out in the Fall so consumers should be on the lookout for its release!

If you have made it this far congrats you deserve a high-five or something for going through all that!