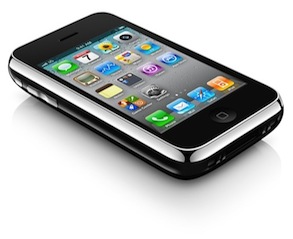 We all know that the iPhone 5 is on its way, but with recent rumors on a cheaper iPhone coming where does that leave the current iPhone 4 and 3GS? Reportedly the iPhone 4 would become the new iPhone 3GS offered at a cheaper price even if two iPhones come out this fall. However, the 3GS is expected to be discontinued and according to a one day sale at Best Buy’s this seems to be true.

As its entry-level iPhone strategy, Apple is expected to cut iPhone 3GS to $0 (on contract, $399 unsubsidized) in conjunction with iPhone 5 launch (we continue to expect it in September). This approach is intended to target mid-market smartphone buyers and counter Android’s mid-market expansion. We expect iPhone 5 to launch at $199/$299 ($599/$699 unsubsidized), and Apple to drop iPhone 4 pricing to $99 ($499 unsubsidized).

Apple is using the iPhone 3GS right now as a target for mid-market android users. Basically it is to get newer consumers without having to make them spend full price for the iPhone 4. As we wait for the iPhone 5 to come the rumors of a cheaper iPhone have yet been proven fake or not. This could be another reason the 3GS has dropped. Apple also says it could be brought down to $349 unsubsidized as well if a cheaper iPhone does not come with the iPhone 5. The iPhone 5 is expected to sell at $199/$299 ($599/$699 unsubsidized) on Contract $299 having the extra storage.

So what do you guys think of the iPhone 3GS price cut? What do you think it means? Tell us your opinions in the comments or on Facebook, Twitter, or Google+ !!!!