iPhone 5 prototype lost in a bar!!! 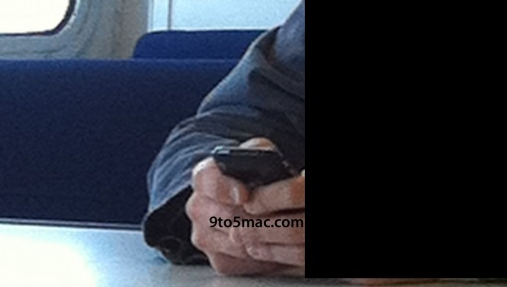 This photo was submitted to 9to5mac.com in July of this year claiming to be an unknown iPhone! It was said this was an Apple employee coming home from work and this is unlike any other iPhone, possibly an iPhone 5.

It is hard to believe Apple would let their employees run around with unreleased products and let this happen again. That’s right you read correctly, we said again! This story comes to us from CNET. An iPhone prototype – most likely an upcoming model- was lost in a mexican bar and restaurant called Cava 22 in San Francisco’s Mission District.

Apple electronically traced the phone to a two-floor, single-family home in San Francisco’s Bernal Heights neighborhood, according to the source. When San Francisco police and Apple’s investigators visited the house, they spoke with a man in his twenties who acknowledged being at Cava 22 on the night the device went missing. But he denied knowing anything about the phone. The man gave police permission to search the house, and they found nothing, the source said.

Before leaving the house, the Apple employees offered the man money for the phone no questions asked, the source said, adding that the man continued to deny he had knowledge of the phone.

If the guy did actually have the phone then he managed to hide it pretty good from Apple and the FBI. Further speculation of the story continues with a story received from 9to5mac.com from a tipster who sent a photo above an unexplained iPhone being held by a supposed Apple employee. It makes us curious to know wether these two stories had anything at all to do with each other.

Hold on just one second though. In the story posted by CNET the source is kind of odd. There is not really one listed. It was not Apple so who else could it be? CNET listed no reference of the police supplying them with the information and it was not the guy who had the phone. Last year this same thing happened though.

Right before the anticipated iPhone 4 launch Apple managed to lose a prototype of the device in a bar….again. However, rumors stated that it was incased in an iPhone 3GS like case to keep the design hidden. The finder of the device sold the prototype to a popular blog site called Gizmodo, who then put up a video showing off the device. Apple and the FBI pressed charges and raided the journalists house. It took over a year to settle the case with two misdemeanors.

So what do you guys think of this story? Does it mean something important? Is the iPhone 5 really lost out there? Tell us what you think in the comments!!