iPhone 5 to have new design suggested by Case-Mate!! 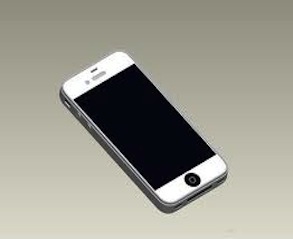 Earlier rumors coming out from everywhere has suggested a new iPhone design. There have been tons of leaked cases, but those were from small Asian manufacturers. Today, BGR has picked up some information from Case-Mate that is pretty amazing.

Case-Mate posted the above pictures of their new cases. The webpage stated that it was for the iPhone 5. After tech hounds and geeks alike, such as BGR, picked up the photo Case-Mate quickly pulled the page from their site. Case-Mate is a well known U.S. case maker and is much more reliable than small asian manufacturers.

Some of the pictures on the site also show some rumored features of the hardware side of things. Some examples of this would be the volume switches were made bigger, an aluminum styling back, lock/mute switch on the opposite side, and of course it is thinner and lighter. Most of these fall in place with earlier rumors we heard before.

The phone looks very flattering and is on the way to being available soon. It is widely expected for the iPhone 5 to be available to consumers this Fall around mid to late October. This is the perfect timing for leaks like this to hit the web and it only suggests good things to come!