iPod Classic to be retired? 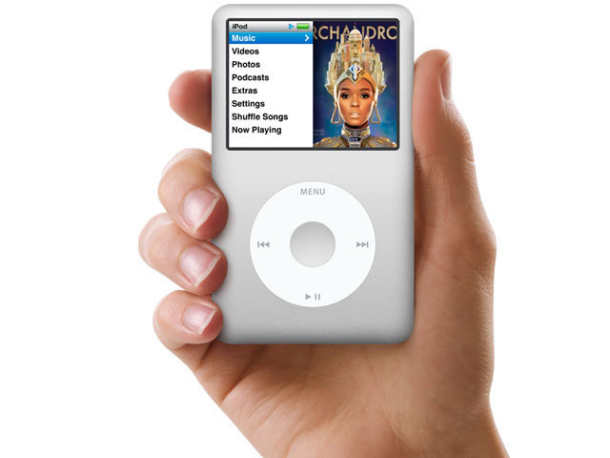 The iPod Classic remains one of the mainstays of the Apple product line – a sturdy MP3 player, with a familiar shape, and a whole lot of memory. It makes sense that Apple would want the Classic around for at least a while longer yet. But according to the tech blog TUAW, Apple is considering killing off its “holdover” devices – the Classic and along with it, the Nano – in favor of an all-touch screen fleet.

“The classic is a holdover from 10 years of iPod existence, bearing many similarities to the original iPod,” writes TUAW’s Victor Agreda, Jr. “The shuffle is basically the same form factor as the nano, minus a screen. The classic uses a platter-based hard drive, while Apple is largely transitioning to flash-based memory solutions. The shuffle’s lack of a screen has been an issue since it first appeared as a memory stick with music playback functions.”

“If Apple killed these off, all of its iPods would have touchscreens, and something tells me it wants it that way,” Agreda added.

So are the rumors true? Hard to say. Agreda sources his report to an anonymous figure who is “NOT an analyst.” Sketchy sourcing, but the reasoning holds water. Apple hasn’t touched the iPod Classic since September, 2009 – and even that was just a larger hard drive. The form factor hasn’t changed since 2007. Meanwhile, the other lines have enjoyed regular updates.

But Daniel Ionescu of PC World, for one, is skeptical. Reports of the death of the iPod “have proven premature in the past. The Classic was expected to hit the curb in 2010, yet Apple did not update, nor kill the iconic iPod. The Classic is the highest-capacity iPod, so it makes sense for Apple to still offer an affordable alternative for those with big music libraries,” he adds. True.

As of now, Apple will be continuing the Classic into their holiday lineup.