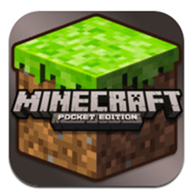 Minecraft Pocket Edition has already been on Android for quite some time, and it has been suggested that there will be eventual support for interaction between the two rivaling mobile operating systems via local wireless multiplayer. No a new platform is released and this is for iOS! The final release for Pc and Mac officially launches on November 18th. An Xbox 360 version is being developed, and will make its way to reality. some time in 2012.This adventure is at a price though – it’s $9.99 over at the App Store.