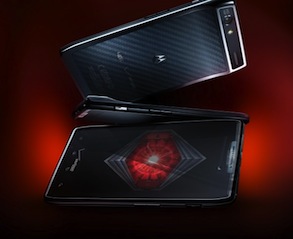 Motorola used to have the Motorola Razor in its lineup of phones. It use to be a small flip phone that was all the rage for a few years, at least. Unfortunately, Motorola killed off the Razor after a while. It wasn’t selling as well as it had been before it was killed off. Today however, Motorola is bringing the Razor back.

Measuring at just 7.1 mm the Razr is a very thin device. Of course it has that little hump by the camera like all of Motorola’s other Android devices. The Razr comes preloaded with Android 2.3 Gingerbread and has accessories that can be purchased including a lapdock (there are two of them, so two options to pick from) and other useful products to go with the Razr.

The Motorola Razr brings a list full of enhancements, all of which are listed below:

For a phone it looks very powerful. The device will be launching on Verizon sometime in Early November for $299.99 on a two–year deal with the carrier. Pre-orders will begin on October 27th for those interested in getting a Droid Razr.

So what do you think of the new Razr? Will you be one of the people to buy one? Is is too similar to Motorola’s other devices? Leave your opinions and comments below! Also follow us on Twitter, Facebook, and Google+ and subscribe to us on YouTube for News, Reviews, Tutorials, possible Giveaways, and much more!!!!