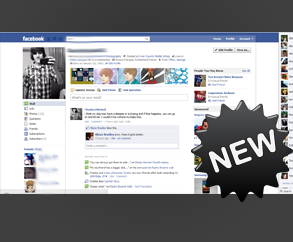 Mashable reports that Facebook plans to bring out another new profile layout and much more at this years f8 event.

Details cannot be 100% clear but two sources familiar with the design plan of Facebook claim that this is another major redesign for the popular social network. They claim that with the new design, user profiles will become a “nexus” for content consummation.

The public is also quite aware of the coming music platform (Hey Facebook…Myspace called, they want their features back! That will be streaming from Spotify among many others. These features will be available in October and rumors began to surface of this when Facebook launched their video chat service containing the code.

Facebook has been rolling out many features lately including Subscribers and Lists. Many people speculate that another big launch is planned for Thursday as the company has been on lockdown. Seems to me as they have been stealing from other popular sites, but will they be completely original if a launch is to come Thursday? Feel free to tweet me @CJMitchell02 on Twitter with your answers.