Siri Hacked to run on the iPod Touch and iPhone 4 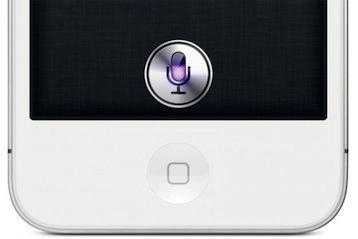 Apple’s new Siri voice recognition system is only officially available to new iPhone 4S users.  Back when iOS 4 became available, iOS hackers enabled wallpapers and multitasking on the “unsupported” devices.  Although Siri is just software, it has taken a little more time but it is finally working on those devices that did not support it.

There has been many attempts to get this working.  At first we had meaningless UI elements being ported but Siri didn’t actually work due to authentication issues in connecting to Apple’s servers.

Siri on an iPod Touch 4G:

The video shows just a couple of simple question/answers but seems to run at a good speed.  Some speculation has suggested that Siri required the A5 processor found in the iPhone 4S but it seems not.

The developers have said that there will be “no public release soon” and not to ask. A public release also seems unlikely due to the legal issues in repackaging Apple’s code and distributing it.

According to @stroughtonsmith, despite it working on the iPod Touch, it doesn’t work entirely well due to the relatively poor performance of the microphone. “You have to be loud and close to it”, he said. However, it does perform quite well on the iPhone 4 and works “just as fast as the 4S”.

Siri on iPhone 4 VS iPhone 4S: