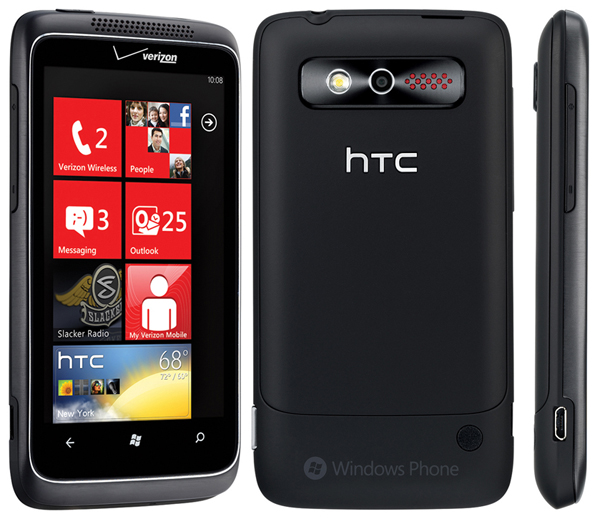 So many smartphone options, so when you are looking to buy where do you start? Well for the worlds largest carrier go to AT&T, but if you want 4g LTE you go to Verizon. These phones are our Top 5 that will “Rule the air”

The iPhone for Verizon is number 1 for the same reason on AT&T. Over a year old,  but still with the highest demand and easiest user interface. The only reason it would not be number 1 here, no 4g. Other than that it is still the best package on the market, but #2 almost took the number 1 spot.

There is not a lot of words that can be used to describe this device except, fastest and amazing! The 4g is the real deal. It is blazing fast and its LTE as well. It also includes a super AMOLED amazing screen, 8 megapixel camera that look professional, a 1600 mAh battery that lasts the whole day, and did I mention its speed?

How could we leave the first 4g device off the list? We couldn’t. This device makes the Hulk run in terror. Ok thats a lie, but its super powerful. It has all the basic HTC specs and design. It however does not have sense 3.0, but who cares even 2.3 is great. Seriously all the other phones are jealous right now. Oh it also has a kickstand for your movie phone night. Does that excite you at all?

This just came out and we are not gonna lie Verizon and Android have a deal going on bigger than anything else. LG has been known for making cheap, plasticy feeling phones. The Revolution breaks away from that with its new slim and easy to hold design. It obviously has 4g and also a 1500 mAh battery to get through the day. If thats not a revolution I don’t know what is! Well besides from Twilight, Harry Potter, and Justin Beiber. Other than that I don’t what else is.

Once again HTC is on the countdown, but it is not android this time. The HTC Trophy WP7 takes #5. Now I am not the biggest WP7 fan out there, but sometime in the future it could become bigger. But, this is by far one of the best windows phones out there. It deserves #5. It is not 4g and that is what almost lost its #5 spot to the Droid x2, but it is super fast with a 1 GHz Snapdragon processor. Hopefully it will support Mango when it is released. If it had 4g though that is what would have really put it high on our list.

Upcoming Devices that would have made the list include the Samsung Galaxy S II and Palm Pre 3.

So what do you guys think? Any of you checkin these phones out to buy and found this helpful? Leave your comments below! Also Leave suggestions for our final two Top 5 lists. Tell us phones you think are worthy of our T-Mobile and Sprint lists by leaving a comment below with the phone name and reason why you think it is worthy of being on the list and maybe your suggestion will make it.

Like always check out our Facebook, Twitter, and all our youtube channels including WW Computer Repairs, WW Computer Repairs 2, iPodz Helperz, and the bryanw0104 channel. Thank you guys and catch you in the next countdown. Peace! 🙂