Has the iPhone 5 been found? 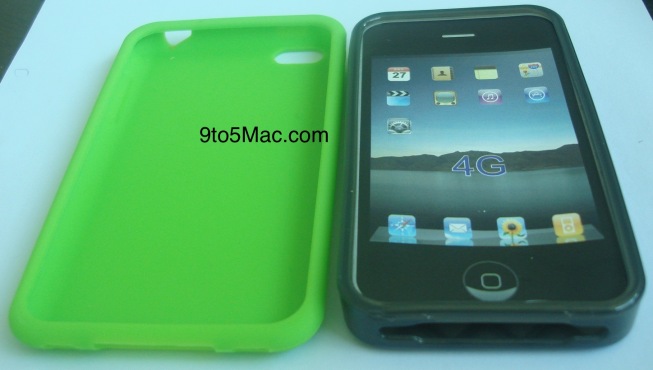 Today has been one of the craziest days ever when it comes to iPhone rumors. It does not stop there. According to 9to5mac.com a tipster sent them an interesting picture. He says that he claims to have seen the iPhone 5 in person. The tipster caught a photo of what he says is an Apple employe hunched over his phone in San Fransisco. He said he got a good look at the phone, but the pictures were not all there.

9to5mac says that they think he saw an iPhone 5 prototype. According to the report the tipster stated that he did not believe it was a new Apple product until he got home and saw the green gel cases all over the internet that 9to5mac also got a hold of first,which is pictured below. The tipster says the phone he saw would have fit perfectly into the case.

This mysterious device was shown to be too thin to be an iPhone 3GS and to rounded to be an iPhone 4. In addition, the black back rules out the possibility of it being an iPod touch . He said it was like nothing he has ever witnessed according to the report.

He described the screen size as almost “EVO-like” and is wider and thinner than the current iPhone 4. There is no information on whether it was plastic or glass, but it was described as pure Apple. The front was kept hidden and unable to get viewed, and the man appeared to be hiding the Apple logo on it. We can concur from this that it seemed the guy with the phone had something about the phone he wanted to hide. The tipster stated that the Apple logo was covered for most of the time except for a brief moment when the picture was snapped.

The legitimacy of this photo is unknown. It is unsure of just how true this information is, but it seems as we said that it is an iPhone 5 of some kind, a prototype or not. It being to thin to be a 3GS and to thin to be an iPhone 4 made him sure it was a new product, and the iPhone 5 fits nicely into this scenario.

Would Apple let employees run around with iPhone 5s in their pockets? Ya they could it has happened once before. Apple acknowledged that they do real world tests like this. Also, the fact that the cases claim to be a perfect fit make things more head spiraling. Perhaps this is legit after all?