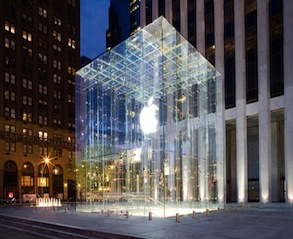 Apple is really on the move now. Apple has been reportedly looking to increase their staffing during the fall time. Previous reports have shown that Apple has been looking for recruitments in their retail stores in the U.K. during the August-October time period.

From sources we have now learned that Apple is doing the same for U.S retail stores. They are informing former employees to return for the time period for part-time to help out. This is supposedly to help with the holiday shopping season, new product launches, and back-to-school promotions. A former employee says that they got an email asking for them to return between August 15 and September 15th.

Here in the U.S the dates they ask for this corresponds with the back-to-school promotion. However, in the U.K. it corresponds to the time frame that the iPhone 5 is expected to be released from Apple. Apple has been widely expected to release the next-gen iPhone sometime this fall alongside their new mobile operating system, iOS 5. Either way this plays out it is sure interesting.

In addition, early this month a job listing was released from  Gekko Ltd. stated that Apple needed more workers to help during a fall time period with a”special project”. Conferred, from this listing it is expected that the iPhone 5 and iOS 5 could be the “special project”. This report falls in line with the job listing as well so signs are pointing to a nearby iPhone fall release date.

For more on the  Gekko Ltd. job listing check out this article:

So either way this is interesting. What do you guys think of these job listings and reports? Is it a possible iPhone launch this fall? Do they just need help managing existing products? Leave your opinions and comments below!!!