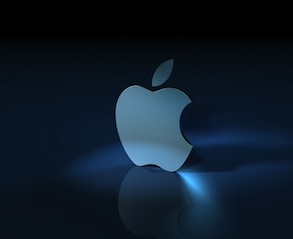 The iPhone 4S is only about a month old and here come the rumors for next year. According to sources from Digitimes within supply chains that Apple is planning complete overhauls for their next products in 2012. Apple did not change the design of any of their products for 2011 launches except the iPad 2. The publication is calling for a new iPhone, iPod, MacBook Air, and iPad. The iPad is most likely the one Digitimes found in the supply chain for a Q3 launch.

However, a new report states that we could see two iPads this year. A iPad 2S and iPad 3. It seems like we have heard this before though…….hmmm. In the end I think we will see one though. The iPad 3 is rumored to have a new retina display like the one in the iPhone and iPod, Apple’s next processor (rumored to be the A6), a better battery, and a new design. An iPad is expected to be released in March or Q3 by latest.

The iPod’s new design is completely unknown, but the next iPhone will most likely be the tear-drop design we first saw earlier this year. However, are the Macs next to be revamped? We have heard rumors of new iMacs and Airs. The iMac hasn’t been redone since 2009.

I don’t think we will see new MacBook Airs though considering that a new MacBook Air design was just launched in 2010. If Digitimes is correct about a MacBook Air overhaul, they could be referring to a 15 inch model coming soon. Details from the sources state that the iPod, iPhone, and iMac will be released in the second half of 2012. No launch details are known about the MacBook Airs.

So what do you guys think of all these Apple revamps? Will it hurt or help their products? Let us know in the comments!