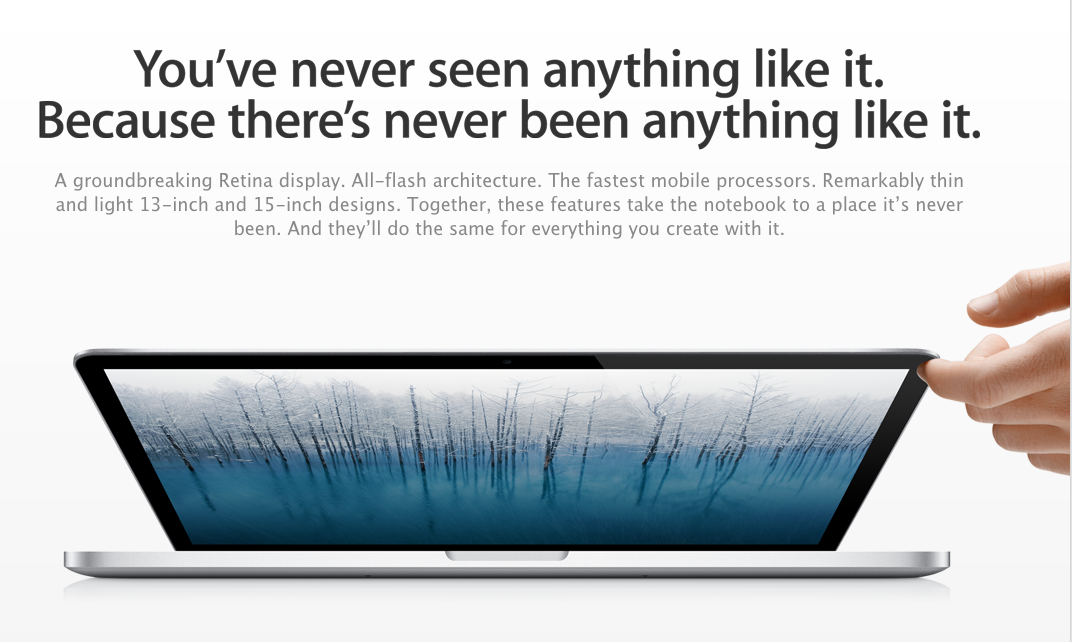 The new 13-inch Retina MacBook Pro comes in two base configurations (with a third 2.9GHz dual-core i7 upgrade option available) and gets many of the enhancements that the 15-inch version received. Schiller noted that the device is 20 percent thinner than the previous generation 13-inch MacBook, and it includes a 2,560 x 1,600 Retina display with 29 percent higher color contrast and 75 percent reduced reflection.

Apple also announced that the device would start at $1,699 for the base configuration, and it will start shipping today. Apple also showed a second configuration would be offered for $1,999.  Both configurations include the same standard processor which is a 2.5GHz dual-core Intel Core i5 (Turbo Boost up to 3.1GHz) with 3MB shared L3 cache.

Some of the device’s specs are below: