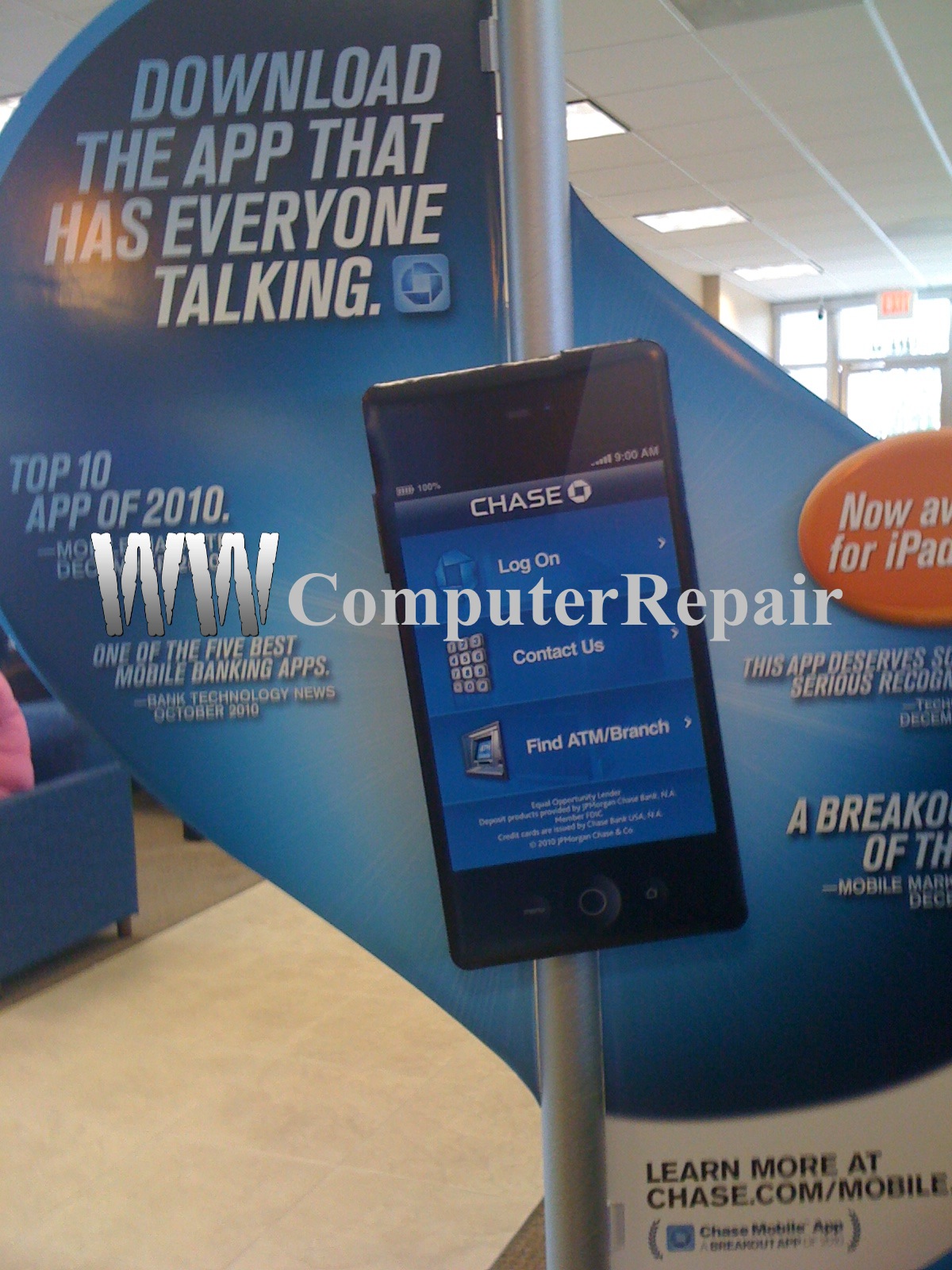 Today was a normal day, busy as usual. Stopped at some stores and stuff. As I was minding my own business a sign caught my eye. A Chase sign for their banking app was being advertised on a big poster. However, it was not the information about the app that caught my attention. Oh no, it was the mock-up phone they were using to advertise it.

The phone showed was not like any other phone I have ever saw, but after further investigation of the sign I realized something. This was supposed to be an iPhone. The problem was it was no iPhone that I have ever seen. I then came up with the conclusion that this sign may be on to something. The picture is below:

I came up with two theories:

#1. Chase knows something about the next iPhone that know body else has managed to figure out about the next-gen iPhone. The problem however, is that it does not correspond with recent rumors. It does not seem to appear to line up with any of the rumors at all including, the bigger screen. It also has three buttons at the bottom: a home button (which looks different), a search button maybe, and a button with a line. It is particularly hard to tell what these buttons are and what they represent, but that is just a guess.

What do you guys think is this the next-gen iPhone? Did Chase mean to do this or was it an art flaw? Leave your opinions below!!!