Google Plus Opens for Everyone 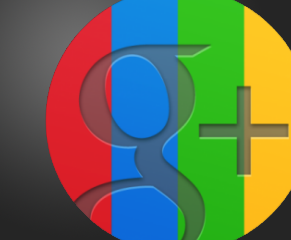 Google Plus and Facebook have been spitting new features at users for a while now, and previous to today, users needed an invitation to use Google Plus. Now everyone with a Google account and the correct age requirements can join Google Plus.

The company said on its official blog its well-received Hangouts feature — where up to nine people can link up and chat with a user on video — will be available on camera equipped smartphones powered by its own Android software. Support for Apple Inc iOS devices “is coming soon” according to the blog. Black Eyed Peas member, will.i.am will be hosting the first hangout tomorrow.

Senior vice president of engineering Vic Gundotra says “A social network should reflect your real life and therefor Google Plus will have a video feature for mobile phones.

To go against this, Facebook claims to be introducing a new ‘ticker’ (Ticker?-As in the one on my Continuum?) on their stream that will be able to give realtime updates of what friends are posting. Facebook is still the #1 Social Network in the world with more the 750 million users worldwide but Google Plus, in its first 3 months, has gained 25 million users.

The Google search engine has been added within the network as well. Google’s infant social network, which counts Facebook CEO Mark Zuckerberg as a member, has met some skeptics so far. Some are waiting to see if it can maintain the rapid momentum of its first month before committing to what could become another Myspace.

If CEO Larry Page’s brainchild — which some say mimics better than Facebook the instinctive categorizing of friends that occurs in real life — takes off, it will come at a pivotal moment for its bigger rival. Facebook is widely expected to go public in 2012.

“We’re nowhere near done, but with the improvements we’ve made so far we’re ready to move from field trial to beta.” Gundotra said.

I’ve been a member of Google Plus for some time now and I love it. I still use Facebook much more but I do use Google Plus, and I believe it has potential. So what do you think?