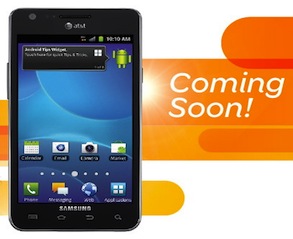 Hopefully guys if you were planning to pick up an AT&T Galaxy S II, you won’t be relying on your passcode too much. After hearing this you may want to consider on holding off on buying Samsung’s new flagship device.

This report comes to us from BGR and it is a HUGE flaw. Normally when you wake up a device from sleep mode you see the passcode, pattern, Pin or whatever it is. With AT&T’s Galaxy S II phone however, it looks like Samsung was anticipating the device to get stolen a lot.

So here is the issue. If you turn on the phone or wake it up from sleep mode you see the pattern or passcode. Now let it go back to sleep mode and re-wake the device. The passcode or pattern disappears and you get straight access directly to the phone. A video demonstration is below:

This is a major issue. With the release date of the device set for this weekend, the question is wether Samsung can fix this before launch or not. Samsung told TechnoBuffalo‘s Jon Retinger that a fix is on the way. Just how long it will take we don’t know. When we here further news we will display it here.

So what do you guys think of this? This is a definitely a huge problem for device owners. Do you think Samsung can fix this before launch? Will Samsung fix the issue? Leave your comments and opinions below and let us know!

UPDATE: Samsung has released a statement regarding the lock screen issues. It says they are working on a fix. The full statement is below:

Samsung and AT&T are investigating a permanent solution. In the meantime, owners of the Galaxy S II can remedy the situation by re-setting their time-out screen to the “immediately” setting. This is done by going to the Settings ->Location and Security->Screen unlock settings->Timeout->Immediately.