' iPhone 4S ' to have Sprint and T-Mobile support? 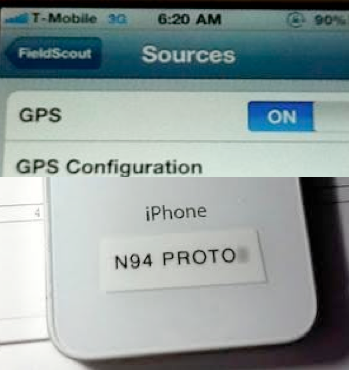 The apple rumor mill just never quits, but recently there has been evidence to the rumors of Apple including more carriers to the iPhone. A prototype of the iPhone 5, now being called iPhone 4S, was leaked onto the web marked as the N94 prototype on T-Mobile. Verizon is the N92 and AT&T is the N96. It also said that this prototype can work on Sprint too and may come to them as well.

But why is Apple doing this? Well it is pretty simple. Apple wants to improve profits so bringing the iPhone to more carriers brings the company more money. Another theory is that it is a step in bringing 4G to the iPhone. This is doubtful though as Apple is not the company to bring it to another carrier just for 4G.

The Prototype in addition to T-Mobile support had an A5 chip inside it which is Apple’s newest processor found in the iPad 2 and a bigger screen of 3.7 inches instead of 3.5. This was not included on the prototype, but Sony is also said to be working on an 8 megapixel camera for the iPhone 5. Sony’s CEO even gave a little hint to it at a press conference. However, we will have to wait and see on that one.

So what do you guys think? Is this the next generation iPhone? Do you prefer to call it the iPhone 5 or iPhone 4S?