Is Velox Worth Purchasing? 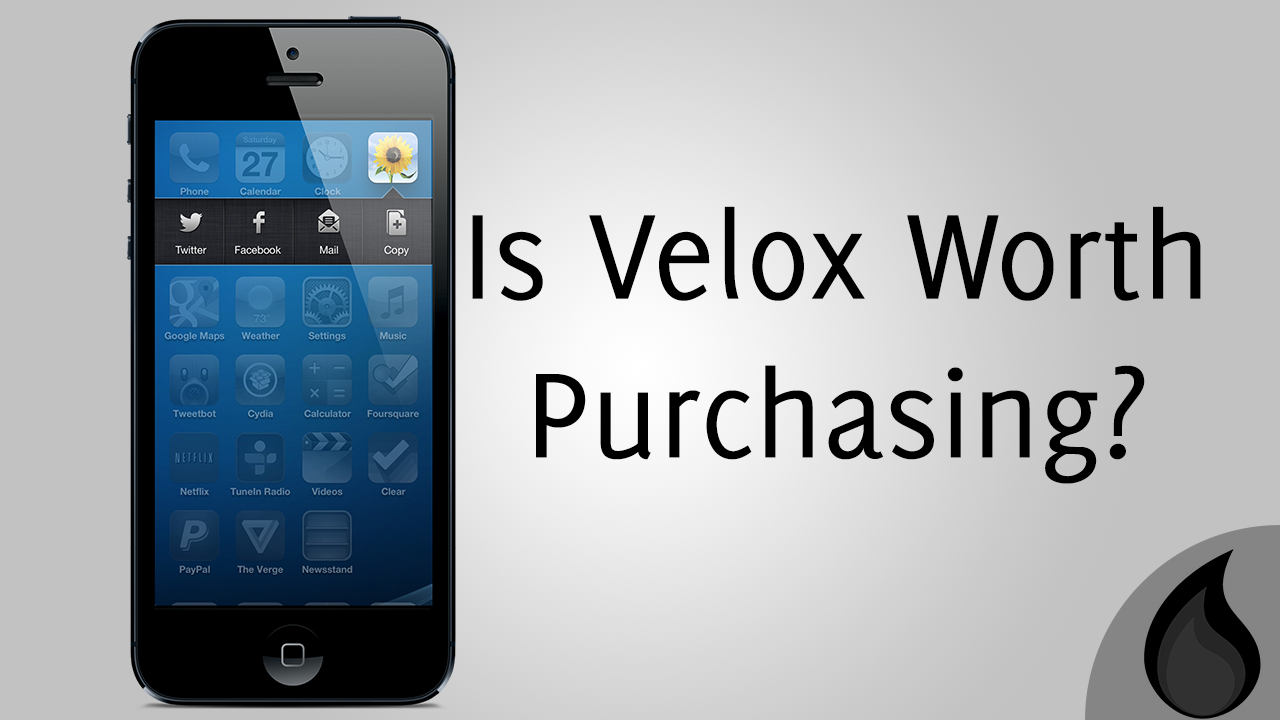 Velox, a widely anticipated and hyped tweak was released almost two weeks ago and my opinion of the tweak has already changed greatly.  I was one of those who were excited to see an upcoming revolutionary concept come to life.  Velox enables users to access quick functions to certain apps, check notifications, and much more, all directly from the home screen.

Originally, I thought this would change the way we would use iOS, allowing us to perform a quick swipe down to reveal the camera, weather, notes, reminders, phone calls, settings toggles, and much more, however, it turns out that, although it is beautifully designed and the idea is innovative, it is very redundant with other iOS features.  The essential question to Velox is “Why not just open the app or check notification center?”  And that is a very good question.

Few apps actually have extended Velox support and currently, only a handful are available on Cydia.  Every other app that does not support Velox has a notification center folder that will display recent notifications.  For the notification to appear in Velox, it must also have the capability to appear in Notification Center, which means only Push notifications are supported and apps like the App Store do not work just right with the folder.  Also, tweaks like FolderEnhancer and Infinifolders currently conflict with Velox and, although might somewhat work, can be buggy and glitchy.

Functions such as the weather folder are available in the Notification Center weather widget and the settings toggles can be replaced with NCSettings, SBSettings, BatteryDoctorPro, or even Auxo, which has toggles that look almost identical.  For apps that open “mini” versions of themselves (Camera, Safari, Twitter, etc.) really do not open much faster than the app itself.  Additionally, when you close the Velox folder, it resets and your state is not saved which is an annoyance.

The Quick Reply feature can be somewhat useful but I do not prefer it because it does not provide you with a place to read the received message fully and does not work on the lock screen.

Velox is very interesting as it seems to be a wonderful tweak with many features, however they are not very useful features.  All functionality within the Velox tweak can be found built into iOS in other places or configured with free tweaks on Cydia.  I was one of the people who purchased Velox as soon as it was available but I have come to the decision that it really isn’t worth purchasing at this point.  Hopefully we will see updates that can really benefit the user in the future.

What do you think?