Kinect for Windows (Now for Pre-Order) 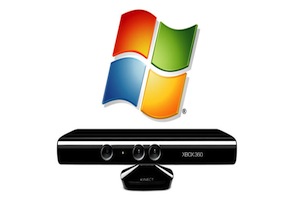 Today as you know is the 1st day of CES 2012 and theres a lot to talk about. One thing is surrounding Microsoft’s Kinect. Everyone knows the Kinect, the hardware by Microsoft to compete with the Wii and Playstation Move. Now its being made for the windows platform.

From the very beginning the Kinect has been used on Windows “unofficially” until Microsoft released the Kinect SDK for developers to go crazy coding Windows apps to use the features of the device. Now it actually has a purpose. Microsoft is releasing a Kinect model just for Windows.

The Windows Kinect is a revision of the device with Windows in mind. It features a better camera with a near mode feature allowing it to work only 50cm away. The device will be launched on February 1st and is now on pre-order for $249.99 which is actually more expensive then a 4GB Xbox 360! All in all lets see how this new product will work and how it will benefit the user experience on the PC.