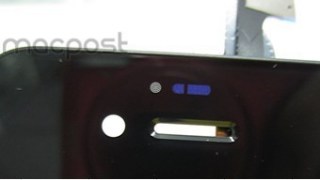 In a report this morning released from Digitimes, it was stated that the next-generation iPhone 5 will not have a drastic screen change to 4 inches. In fact, it was stated that it will barely exceed the current 3.5″ design. It was said it will be changed to a 3.5″ or 3.7″ screen. This new rumor contradicts many original rumors saying the iPhone 5 will have a 4″ display. Also said in the post was that the glass design “fell out of favor” and Apple is apparently looking to make a curved metal back instead, which would make the screen look bigger and the device much thinner.

In addition, iPhone 5′s back design will be changed to a metal chassis instead of reinforced-glasses.

If this new metallic back claim is true, that means earlier leaks of the iPhone 5 LCD digitizer screen panel and and leaked home button released onto the web by MacPost.net could in fact be the iPhone 4S, a minor refresh or cheaper model, set to unveil next to the new major refresh iPhone 5 as an iPhone 4 look alike. The iPhone 5 is expected to be up for pre-order on September 29th or 30th as reported by various sites such as 9to5mac.com and Macrumors.com earlier in the year. The following statement was acknowledged in the first post of the leaks:

After today’s report of iPhone 5 getting metallic back instead of reinforced glass, we think that these parts are for cost-effective iPhone 4S and not for upgraded model.

The LCD part is labeled as N94 “EVT1″ and dated March 3, 2011. When the first N94 model was found earlier in the year it was found with an A5 dual-core chip, which was expected to be the next-gen device. Engadget also spotted on the above and below images what appears to be a FaceTime LED indicator. There is also the exclusive N97 which Engadget reported has already reached the DVT stage last June. The N97 is a smaller device with an edge-to-edge screen according to the Wall Street Journal, with 8 GB of memory. It is also possible the N97 could be the iPhone 5, because it may have Sony made lens-the same company supposedly making the 8 megapixel sensors for the iPhone 5.

Nothing is not really known much at this point. With all the rumors that keep showing up its hard to tell which ones are fake and which are real. Therefore, we do not have much context to the new iDevices. As of now all we can say is this:

Until the actual devices are released this is all we can actually confirm. The photos do seem to show that this is definitely one of the the two devices. Which one of the two it is is still unknown. More photos below.