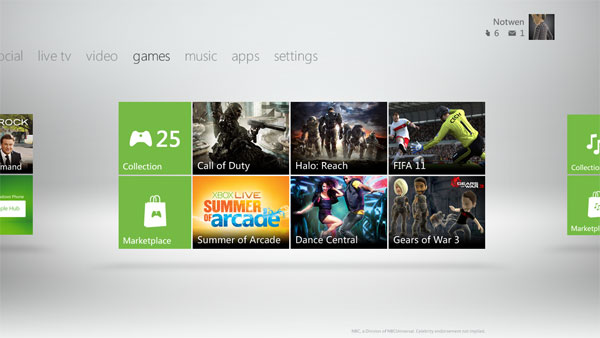 Remember the New Xbox Dashboard Update announced at E3. I sure do. Well recently a user by the name of “ivazquez71” on youtube posted a video of the soon to be released updatefor the Microsoft Console. Its basically a scroll through of the Dashboard and its in French. Here it is:

… the budding update can now be seen in a slightly blurry piece of French cinema. This leaked video shows a Dashboard with a smidge more polish than the demo we saw in September, and silently plods on without so much as a bleep or bloop. Our mute host briefly peeks at the Xbox Live Marketplace, casually glances at the Bing search page and scrolls leisurely through the new Dash’s very Metro menu.