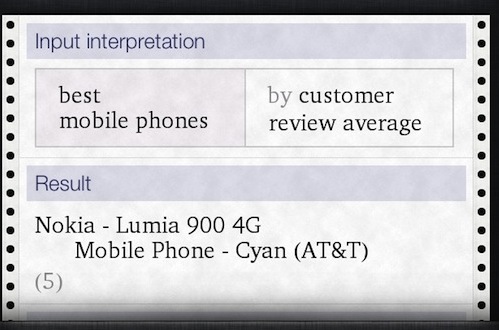 When you ask “Siri what is the best smartphone of all time” she will use Wolfram Alpha which says that the best smartphone ever is the new Nokia Lumia 900. According to numerous other tech blogs this is only a glitch. When Apple found this out they hardcoded Siri to promote Apple. But Nokia accused Apple of doing that because they wanted Siri to promote their new phone the Lumia 900. Now, when you ask Siri what is the best laptop, computer MP3 player etc she will promote Apple’s devices.