The next iPhone will be 4G LTE – Brian S.'s View 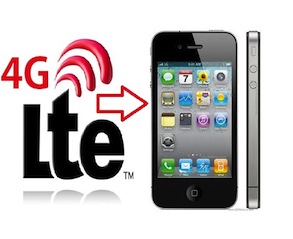 It was just about a month and a half ago since the iPhone 4S was released. Consumers weren’t extremely happy with it because it lacked specific things, but its sales still blew up. One of the things the iPhone lacked was 4G LTE. Even though the 4S didn’t have LTE the next generation iPhone will. Here is why:

4G LTE is a growing trend in the ever continuing growing mobile phone market. Today, LTE is in more and more phones, especially smartphones. Apple opted not to go with LTE on their latest iPhone. Even though they were expected to release a 4G phone, Apple just didn’t feel any need to do it. Now the pressure is on for Apple to add LTE.

If Apple elects to release another 3G only iPhone, then they are going to suffer. People are going to find this as a huge turnoff. This will be for a few reasons. The first being that the phone will be outdated. People won’t want to spend their hard earned cash on outdated slower phone when the newer, thinner design, faster 4G Android is sitting waiting for them at their local AT&T, Verizon, or Sprint store. Apple is smarter though than to outdate their own device.

The other reason is competition. Android and Windows Phone OS are quickly growing and gaining market share on Apple. In fact, at one point I believe Android passed Apple with 52% of the market share in the mobile phone industry. Android though is already enough of a threat on its own, Windows Phone on the other hand is the underdog here. Many people doubted its ability from the start (including myself) , but after demoing it it’s much better than I thought. Today they are in an even better spot to threat Apple with its growing fan base. Going back to the first reason, if Apple outdates their phone this gives their competitors a great chance to damage Apple’s profits.

People who leave from Apple would help Android, Windows, and even RIM and Blackberry to get back in the race for the leading smartphones. The Big A already took a plunge financially from the 4S launch first, but lucky for them the demand was higher than they thought and fans stayed loyal. Next time I don’t think The Big A will be so lucky. Apple I’m sure is smart enough to prevent this from happening which is why LTE will be in the next iPhone if Apple wants to continue to be dominant.