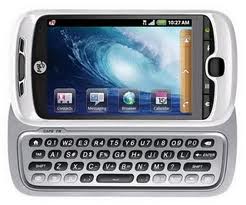 Even though T-Mobile may be consumed by big blue it is still around right now and you may need to buy a phone soon. That’s what we are here to help you with. Our final countdown shows you the top 5 phones to make you want to “step up to 4g”.

It was a close call between this phone and our number 2 phone, but we just had to give it to the Sensation because it really is sensational. This was the first phone to have sense 3.0 and it just makes people feel more at home than any other Android UI. Besides, this is also a spec monster with a huge 4.3′ screen, 8 megapixel camera with 1080p video capture, and a 1520 mAh battery. You can not go wrong with this phone, but #2 is a solid option as well and we won’t complain.

There isn’t much to argue with this phone. It is as beastly as the sensation, but not quite there. With a Dual-Core Tegra 2 processor, HSPA+ compatible, and 8 megapixel camera with 1080p video capture it is definitely high end and worth considering. It is absolutely one phone you can’t pass over when buying a new one.

Ok really quick, we made an exception for this phone. It is not out yet, but by the time some of you read this it will be so don’t argue with us. T-Mobile is known for their unique phone brands such as the sidekick and the MyTouch line of phones. The MyTouch is made by HTC just like our #1 phone but it is a completely customized version of Sense and Android so this can be made into 100% you. It is the most relevant customized brand in todays market and the added keyboard makes it that much better. It is definitely one  phone to consider and even the keyboard-less MyTouch is a solid option.

The Sidekick is arguably the most unique line up of phones on the market and is one of the most popular. It was just recently released and adding Android to it making it a new smartphone was a great idea. We will admit it is not the best smartphone but it is unique, cool, and different. It is also especially popular with teens because sidekicks were one of the best messaging phones around and making it an Android phone just makes it a more amazing messaging/smartphone. Definitely, this is one of my favorite phones out right now and is worth its $129.99 price tag making it decently affordable.

As you can see by now HTC and T-Mobile are close pals. However, the only reason to buy a WP7 right now is because this one has a great design and magnificent 4.3′ screen. Personally, I would wait for the Mango devices to roll out and hit the streets, but if you can’t wait and you want to get a new phone  that is WP7 and you are loyal to T-Mobile and you want to not be a follower with Android or stuck with a blackberry using last years technology, then the HD7 is the way to go. It has a beautiful big screen, sleek design, a kickstand, but it isn’t 4G. However, it will be upgradable to Mango so that’s a good thought. Also if you like the HTC HD7, but are not on T-Mobile or you do not want to go to them AT&T’s HTC HD7s is the same exact device except the screen is a Super LCD one and is the same thing.

Final countdown is now completed. If you read all of them thank you for reading them. We appreciate that. Great more articles coming and stay tuned here for the latest tech news. In the future we will do more countdown lists so leave suggestions on what we should rack in the comments and maybe we will do it. Like always check out our Facebook, Twitter, and all our YouTube pages. See you guys next time. Laters!